Do pine needles make soil acidic? I have a stand of 30-year-old pine trees with a thick mulch of needles under them. I also have 12 blueberry bushes in my orchard garden. I have read that pine needles make a great mulch for blueberries but they don’t say whether to use fresh needles or aged. What do you think? NICOLA NUNN, NGĀHINAPŌURI There’s a widespread gardening myth that as pine needles are acidic, they increase soil acidity as they break down and therefore are a good mulch for plants that like acidic soil, like blueberries, gardenias, daphne and rhododendrons. But when various scientists around the world tested the theory, they found that green pine needles straight from the tree are only slightly acidic and when they are brown and ready to drop off the tree they are barely acidic. By the time they’ve been on the ground for a while they are neutral. One study compared the soil under a deep layer of fallen needles in an area where pines had grown for 50 years with nearby soil where no pines had grown and found the acidity was the same. So pine needles, fresh or dried, won’t change the soil acidity round your blueberries but there are other good reasons to use them as mulch. They are free, easy-to-collect, light and they are easily spread around and under shrubs and trees. They are slower to break down than some other mulches so tend to last longer and don’t need to be reapplied so often. The needles knit together and stay in place, even on a slope, but don’t get compacted or form a dry impermeable crust the way coffee grounds or sawdust can do. Rainfall and irrigation can penetrate easily through the loose structure. Plus they provide all the other benefits of mulch – conserving soil moisture, suppressing weeds, adding humus, preventing soil splashing onto foliage during heavy rain and reducing erosion. For those of us without a stand of pine trees in our back yards, remember that we can turn our Christmas trees into mulch. Use loppers to trim the branches off the trunk. Lay flat on the ground around shrubs or, if you want a finer mulch, put the branches and needles through a shredder. Barbara Smith Awesome arum Can you tell me the name of this flower? A friend has it growing in her garden and is going to give me a plant. Is it weedy? Can you give me any advice and growing tips SUZIE KRAMMER, MOTUEKA It’s Arum palaestinum. Although it is related to Italian arums and the dreaded thug ‘Green Goddess’ arum, both of which are noxious weeds, it is not classed as weedy. In parts of Northland, however, it spreads fairly rapidly. Be cautious, and plant yours where it will be a welcome groundcover if it does decide to spread. It likes welldrained soil in semi-shade. The purple “petal” is actually a modified leaf called a spathe and the spike in the middle is called a spadix, which is made up of many male and female flowers. Like other members of the arum family, it attracts pollinators by emitting a strong odour, described by some as the aroma of fermenting fruit and others as a putrid pong. So avoid planting it by your entertaining area. Barbara Smith What’s inside my lemons? Nearly all my lemons have worms. There’s a small hole where I imagine some insect has laid an egg. What caused this and when? Is it likely to reoccur next season? Can I prevent it? TOM KINZETT, AUCKLAND The “worms” are larvae of the guava moth. Despite the name, guava moths lay eggs on a wide range of developing fruit including feijoas, plums, nuts, loquats and all varieties of citrus. Stopping the larvae before they get into the fruit is the key to control – once they’re inside no spray or predator can reach them. Unlike codling moths which only infect developing pip fruit in spring, guava moths have so many host plants fruiting at a different times they can breed all year round. Be on the alert when fruit are setting. Use a pheromone trap to check when moths are present. Spray with neem oil regularly. Cover fruit with fine netting. Solar-powered light traps are reported to reduce moth populations. Remove and destroy infected fruit. Barbara Smith 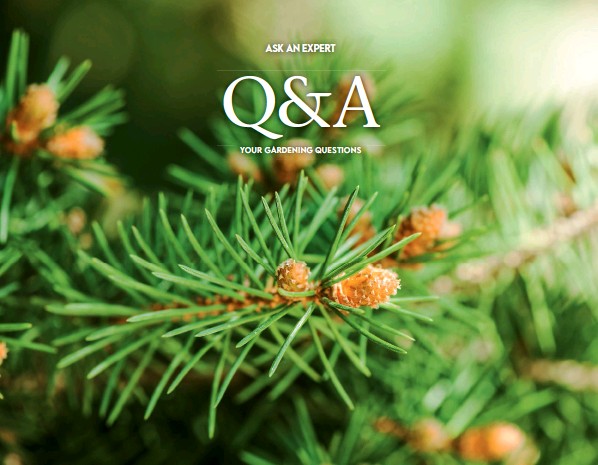