The world’s your garden

That’s what Auckland couple Bill and Sandra Anderson have always found. A long-held interest in gardening led to the opportunity of a lifetime when they did a belated OE in the United Kingdom, and has fast-tracked friendships since they’ve lived in Ryman’s Bruce McLaren village in Howick. The couple say they’ve always had itchy feet and enjoyed being on the move. So when they were in their fifties, they decided it was time to see a bit more of the world. “We did our OE in reverse,” says Bill. “When our children grew up and left home we decided we would pack our bags and go away for a year. We ended up staying away for five.” In true OE fashion, the money started to run out after a year of travelling and they looked for a job that would allow them to stay longer. They ended up working on a country estate in Surrey, where Bill worked in the gardens and Sandra was housekeeper and cook for the family who visited from London each weekend. “We went through an agency who liked that we were New Zealanders because it meant we were willing to try anything,” says Sandra. “They were more interested in our hobbies like gardening, than in our experience, because it showed we were interested in having a go at different things.” That’s how Bill found himself working under Tim Rees, a designer who trained at Kew Gardens. “He’d order plants from Europe and select where he wanted them. I’d plant them and he’d come back every couple of weeks to inspect what I’d done,” says Bill. “I fell in love with England and the countryside, where Sandra and I used to do a lot of walking. The English gardens really are absolutely stunning.” Saying goodbye was difficult but moving back home to New Zealand didn’t mean settling down. After a few years the couple brought a caravan and spent five years travelling the country, with the occasional stints house and gardensitting to make sure they didn’t lose their green fingers. Moving into a ground floor apartment at Bruce McLaren Village, meant they could maintain their love of travelling (they spend most of the summer away in their caravan), knowing they had a secure space to return to. “It was one of the best things we did,” says Sandra. “Most people who move here are downsizing, but we were upsizing from the caravan. We’re on the ground floor which means we can walk straight out onto our garden, and we look out onto a nice, grassed area with a border garden along the fence line. Their neighbours keep an eye on the garden when they’re away, and other residents often comment on how much they appreciate the planting Bill and Sandra have done. “There are some wonderful gardeners here among the residents,” says Bill. Gardening is always a good conversation opener when it comes to meeting new people. “We have a great social life here,” says Sandra. “We don’t go to everything – we’d be flat-out if we did, there’s always so much to choose from.” For more information on the Ryman lifestyle visit Rymanhealthcare.co.nz 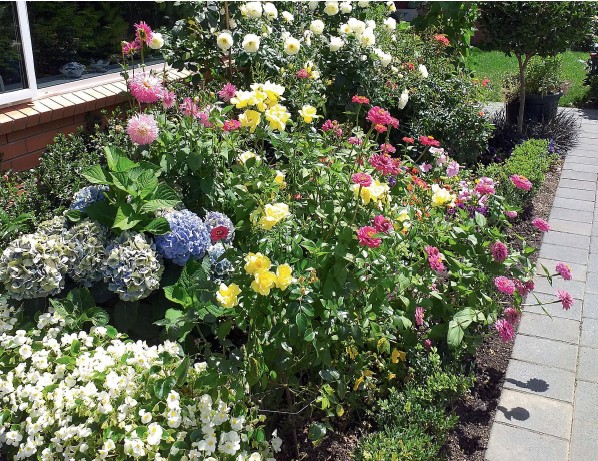 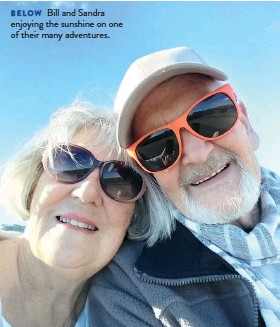