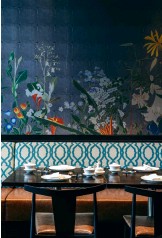 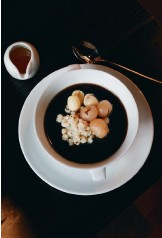 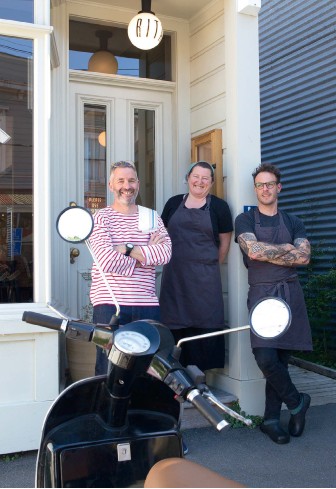 13.5/20 87 Federal St, City 09 363 6699, huami.co.nz Lunch & dinner 7 days Larger dishes $32-$88 HUAMI OPENED TO much fanfare in June, with Auckland’s glitterati on hand to welcome another option on SkyCity’s growing menu of eateries. There’s no doubt the place looks the part, with magnificent red lacquer doors leading off Federal St into a maze of seating areas and a wellappointed bar of more dark lacquer and Chinese-inspired lattice work. If you park under the casino and use the lift, you can enter through equally impressive doors on the casino side but, oddly, you have to traipse through the restaurant to the Federal St entrance to check in, because that’s where the meeters and greeters hang out. Despite our acknowledged booking, there was no table ready for us. The crowded bar was noisy, not really somewhere we wanted to hang out, but we were told it was the only option. To the rescue came Geeling Ching. Geeling assisted with the opening of Huami and is still doing a great job marshalling staff and ensuring they have at least a modicum of supervision. It’s a massive job because there are dozens of servers – so many, in fact, that they were literally tripping over each other. With its complicated menu and desire for high guest turnover, this is not an easy room to work, but from our vantage point, it appeared, at times, truly chaotic. Another problem for us was the volume of the music. I’m not curmudgeonly when it comes to creating atmosphere, but we could barely hear a word our servers said to us. Still a little uncertain as to how we should go about ordering from a highly structured menu, we reverted to asking questions on a-want-to-know basis. Our young waitress was unable to provide any enlightenment to any of our queries, even one as basic as whether the pork belly was sous vide. She did make an effort to find out, but the information came well after we had finished eating. A table next to ours had difficulty attracting attention but to be honest, it was clear most others were much less concerned about their level of care. We love to know the origin of what we’re eating and how it’s prepared, but if that’s not your thing, there will be no disappointment as the food at Huami comes to the table quickly and efficiently. There’s a voluminous beverage list with something to fit every taste and we were visited by the French sommelier, but only briefly. Huami is the latest venture of Nic Watt, who’s also behind the high-end Japanese cuisine at SkyCity’s Masu, as well as the more laid-back bistro fare at True Food & Yoga in Ōrākei. I like Watt’s cooking, in particular his way of contemporising Asian food. But if I want to eat Chinese, I’m inclined to find a less expensive and not so frenetic place in the suburbs, one that focuses on unfamiliar regional cooking rather than a menu with populist options I feel I’ve eaten many times. The Sichuan u10 prawns are a case in point. Large and succulent but nothing remarkable, except, perhaps, the $42 price tag. The superior broth with king crab meat and fresh fungus, this version thickened with potato flour, lacked both seasoning and nuance. The generous portion of Cantonesestyle braised pork belly was beautifully tender, but again smothered in a sauce that lacked complexity. The selection of dim sum, especially the xo chilli “siew mai” shrimp, chicken dumpling and the crystal crab meat and spinach dumpling, was way more satisfying, while the seven-spice crispy squid proved a great start to the meal. Overall there was a palpable lack of excitement, and we began to feel Huami was simply not for us. But, just when things were coming to a ho-hum close, Geeling reappeared, this time with a dessert she explained was a favourite with Chinese diners looking for something traditional. A beautifully arranged bowl of Chinese herb jelly with a small jug of manuka honey, it was deeply maroon and light as a feather, garnished with berries and grain. With lashings of umami herbiness, it tasted of celery, or as my friend described it, “a bit like Jagermeister”. This one dish served to turn a comparatively lacklustre experience into one we’d considering revisiting to search for equally interesting options. KERRY TYACK